So sit down with your morning coffee or tea and give these articles a read and the video a watch. Something to consider for the months to come.

Here is a rundown of reasons the Tribulation could begin in 2017:

4.) 2017 to 2024 offers the only timeline in recent memory where the Tribulation of 2550 days could begin unquestionably on a Fall Feast date and end on a Fall Feast date.  In fact, the alignment is kind of shocking: exactly 2550 days fits with the Tribulation beginning on the last day of the last Fall Feast (Tabernacles, October 11th, 2017) and ending on the first day of the first Fall Feast (Rosh Hashanah, October 4th, 2024).  This is particularly interesting in light of the likely possibility Jesus will fulfill the final three Fall Feasts in short, subsequent order while on earth, just as He fulfilled the Spring Feasts.  The Second Coming could be on the Feast of Trumpets in 2024, allowing Jesus to fulfill that feast, followed 10 days later by a fulfillment of the Day of Atonement, and 5 days after that by a fulfillment of the Feast of Tabernacles.

5.) Bolstering point #4, the Fall Feasts in both 2017 and 2024 occur after the autumnal equinoxes, so in those years there need be no doubt about when the Feasts begin.  No need to add an additional month as some were suggesting we might have needed to do in 2015.  Even going by a Karaite calendar, the 2550 days would still fit, simply adding 2 days to and 2 days to , so that the dates become and , respectively.

12.) The Shemitah year may actually be 2016/2017.  Though Jonathan Cahn found an amazing pattern, he was looking at when economic crashes began, not when they reached their worst point.  In the previous two cycles, the crashes reached their worst points in 2009 and 2002, respectively, not 2008 and 2001.  According to what many think is a more accurate Shemitah and Jubilee cycle, the next Shemitah year is actually 2016/2017 and the next Jubilee year is 2017/2018.  See here, here, and here.

15.) This specific time period is demarcated by two total solar eclipses forming an 'X' right over the chief Gentile and Evangelical nation on earth - the .  The point on the map where the two eclipses intersect is a region of known as "Little Egypt" and often just "".  The world may very well be undergoing a replay of the events of Exodus: an end times pharaoh takes the reigns (the antichrist), as God's judgments are poured out on the earth (the Tribulation), and His people leave (Believers leaving for Heaven and Jews leaving for the wilderness).

Many thoughts to ponder, but just remember that the LORD can come at any time, even well before these speculative dates.  Keep watching and looking up!


Timeline
1)    So from 1897 to 2017, it has been 120 years.
In Genesis 6:3 (Concerning all mankind)
And the Lord said, “My Spirit shall not strive with man forever, for he is indeed flesh; yet his days shall be one hundred and twenty years.”
This could mean either that man’s life would be no longer than 120 years (which Noah, Shem, Job, and Abraham are all apparent violations of), or that in 120 years, the judgment would come upon all mankind. I believe the latter explanation fits what transpired as a converging of events occurred: Methuselah dies at the age of 969 years the same year that Noah turns 600 years old, which was the same year that the flood (judgment) came.

2)    From 1917 to 2017, it has been 100 years.
In Genesis 15:12-16 (Concerning future )
Now when the sun was going down, a deep sleep fell upon Abram; and behold, horror and great darkness fell upon him. Then He said to Abram: “Know certainly that your descendants will be strangers in a land that is not theirs, and will serve them, and they will afflict them four hundred years. And also the nation whom they serve I will judge; afterward they shall come out with great possessions. Now as for you, you shall go to your fathers in peace; you shall be buried at a good old age. But in the fourth generation they shall return here, for the iniquity of the Amorites is not yet complete.”
Here we have God prophesying over an unconscious Abraham, that in 400 years (four generations), his descendants would be in bondage. But in the fourth generation, they would be delivered. This is where we are dealing with a generation being 100 years long.

3)    From 1947 to 2017, it has been 70 years (represents both judgment and fulfillment)
In Jeremiah 25:11-12 (In relation to the Jews in )
And this whole land shall be a desolation and an astonishment, and these nations shall serve the king of  seventy years. ‘Then it will come to pass, when seventy years are completed, that I will punish the king of Babylon and that nation, the land of the Chaldeans, for their iniquity,’ says the Lord; ‘and I will make it a perpetual desolation.
Their enslavement by the Babylonians for exactly 70 years, was punishment and payment for idolatry and the 70 Sabbath years they had violated in the . (Lev. 25:1-19; 2 Chron. 36:20-21; Jer. 25:8-12)
In Daniel 9:24-27 (to the Jewish people and )
“Seventy weeks are determined
For your people and for your holy city,
To finish the transgression,
To make an end of sins,
To make reconciliation for iniquity,
To bring in everlasting righteousness,
To seal up vision and prophecy,
And to anoint the Most Holy…

We know the 70 Weeks are weeks of years. Genesis 29:18-28 validates the use of this as a means of measurement for time. 70 x 7 = 490 years. We know that 483 of those years were completed with Christ’s death on the cross (Dan ). This leaves one final week (7 years) to be completed. This final week though does not begin at the Rapture, but at the confirmation of a covenant between , the Antichrist, and the many nations around her (Dan. ). This further develops the idea that the Antichrist comes with a deceptive peace initiative that he fully plans to violate at a future point (Rev. 6’s rider on the white horse; Dan. 7’s small horn, Daniel 8’s little horn, and Daniel 11’s willful king)

4)    From 1967 to 2017, it has been 50 years
In Leviticus 25:8-12 (50 equals Jubilee concerning )
‘And you shall count seven sabbaths of years for yourself, seven times seven years; and the time of the seven sabbaths of years shall be to you forty-nine years.
Then you shall cause the trumpet of the Jubilee to sound on the tenth day of the seventh month; on the Day of Atonement you shall make the trumpet to sound throughout all your land.
And you shall consecrate the fiftieth year, and proclaim liberty throughout all the land to all its inhabitants. It shall be a Jubilee for you; and each of you shall return to his possession, and each of you shall return to his family.

5)    From 1977 to 2017, it has been 40 years (Judgment, testing)
Genesis 7:4 (concerning the world)
For after seven more days I will cause it to rain on the earth forty days and forty nights, and I will destroy from the face of the earth all living things that I have made.”
Also: Exodus (Israelites wandered in the desert 40 years), Goliath taunts for 40 days (1st Sam. , Elijah fasted (1st Kings 19:8), Jesus temptation 40 days and nights (Luke 4)

Do you see the narrowing window this is becoming? Is it coincidence that so many significant, well-established biblical numbers all align with 2017? I cannot say with 100% certainty that it is, because I can’t see the future. But I worship the Lord our God, and He can. Is it a coincidence that all these align significantly with ? God could have reestablished as a nation back in 1732, or 1849. Why 1947? Why did God set Trump to be the 45th president of the right at the end of these 40 years? God moves with purpose, and I am sure that this will all work out according to His will, and His plan.

I am not planting my battle flag on this particular hill and saying that something will definitively happen in 2017. At the same time, I do not want to be dismissive of them either. The Lord put these things on my mind years ago, before I was even knowledgeable about them so He must have had His reasons. He could return tomorrow. He could return 3 months from now. Or 100 years from now. But do the dates and spread of numbers (years) all just seem like some kind of random, cosmic joke, or perhaps some monumental coincidence? I think not.
http://www.omegaletter.com/articles/articles.asp?ArticleID=8412 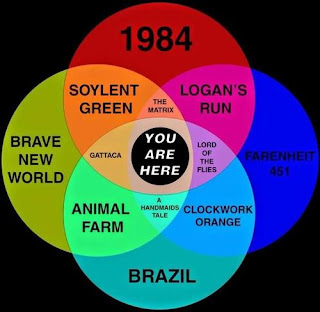 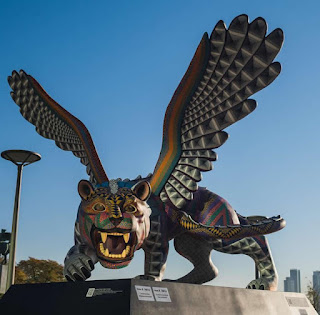