Showing posts from December, 2017
Show all

MERRY CHRISTMAS We wish all our readers a Christmas to remember. One that will bring the story of Jesus's coming to earth closer to heart and soul. And all the best for the coming year, 2018.

Every church Christmas play will likely quote the following portion of scripture, with each production featuring a handful of small children decked out in their best angel costumes:

And suddenly there was with the angel a multitude of the heavenly host praising God, and saying, Glory to God in the highest, and on earth peace, good will toward men.  And it came to pass, as the angels were gone away from them into heaven, the shepherds said one to another, Let us now go even unto Bethlehem, and see this thing which is come to pass, which the Lord hath made known unto us. Luke 2:13-15 KJV
Angels played a significant role in Jesus Christ's first advent to this world. It was an angel that broke the news to Mary that she would carry the Christ child to birth, (Luke 1:26-35), and of course as …
1 comment
Reactions:
Read more 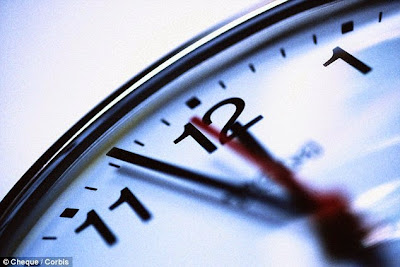 It has been yet another week where so much is happening on the prophetic front. You may have noticed that we posted a handful of individually significant prophecy sign items over the last couple of days. However that was just a bit of what we saw this past week. Featured below is the litany of other items that would take up way too much time attempting to comment on. So for brevity sake, we pulled a couple of items from the list that jumped right out at us:
Prophecy Sign:  The Strong Delusion, (Ancient Aliens - Return of the Nephilim)
For this reason God sends them a powerful delusion so that they will believe the lie. 2 Thessalonians 2:11
So just what is this 'powerful delusion' that would make a great many people believe 'the lie' And just what is 'the lie'? Everybody from the Vatican to Hollywood, from media to government, are fully expecting Aliens to show up on our doorstep any time soon. The thought process is that these entities will be none other t…
Post a Comment
Reactions:
Read more

Playing God: "We are in the midst of a genetic revolution" 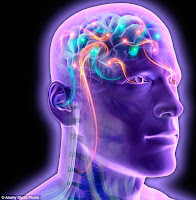 So why did God send the great deluge, (flood), upon the world during Noah's time which wiped out both animal and people, (save for what was remaining on the Ark)? Well beyond the great wickedness and evil that permeated the entire society at that time, (Genesis 6:5), there was also the fact that God's creation was being systematically corrupted and altered by the Fallen Angels.

The extra-biblical book of Jasher, (mentioned in Joshua and 2 Samuel), gives us a little more information on just what was happening:

And their judges and rulers went to the daughters of men and took their wives by force from their husbands according to their choice, and the Sons of men in those day took from the cattle of the Earth, the beast of the field, and the fowls of the air, and taught the mixture of animals of one spices with the o…
Post a Comment
Reactions:
Read more

Why are the nations in an uproar?

December 16, 2017
Prophecy Sign:  The Nations will be enraged at Israel and Jerusalem

In one of our other posts for today, we made note of the collective hissy fit that both the nations of much of Europe and nearly all the Muslim world had over the recent announcement by Donald Trump that Jerusalem is indeed the capital of Israel.

Long ago, King David asked the question; "Why are the nations in an uproar? Well that's pretty easy to answer; They hate Israel because Israel is the nation that God chose to represent himself here on earth to the remaining nations of the world. Since the world hates God, they hate Israel, (not to mention we bible beveling Christians as well).

Why do the nations conspire and the peoples plot in vain? The kings of the earth rise up and the rulers band together against the LORD and against his anointed, saying, "Let us break their chains and throw off their shackles." Psalm 2:1-3

So what to do about Israel? Destroy the Jewish nations and take the ground …
Post a Comment
Reactions:
Read more
More posts