Showing posts from January, 2017
Show all

Sorry Folks.  No time for our usual commentary this week, only the weekly collection of interesting news links and videos.

Until next week.  Keep Looking up.  Maranatha and God Bless 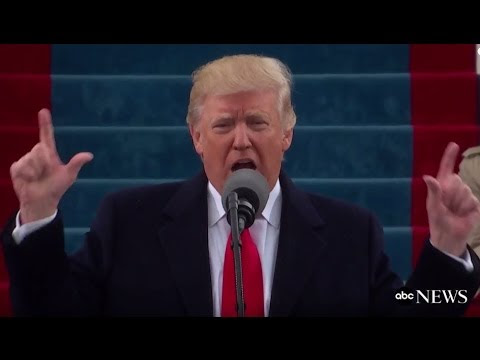 Congratulations to our friends south of the border as you now have a new President.  We believe based on Daniel 2:21, that God raises up Kings and Rulers to bring about his plans for the world and for future events.

"Praise be to the name of God for ever and ever; wisdom and power are his. He changes times and seasons; he deposes kings and raises up others. He gives wisdom to the wise and knowledge to the discerning. Daniel 2:20-21 NIV
It will be interesting to see how God uses President Trump in the days, weeks and years to come.  In case you missed it, here is Donald Trump’s inauguration speech:


As for other events in the world, the global elite, with great fear and loathing of the new President, continue to press forward with plans for further globalization.  Undaunted by the rise of populists movements throughout Europe, and the election of Trump to the presidency, the designers of the New World Order, (kingdom of the Antichrist), are doubling down with their satanically inspir…
Post a Comment
Reactions:
Read more

Two very important events are to occur this coming week.

Tomorrow,  (January 15), some 70 nations will gather in Paris France to seek to carve up the Holy Land further from what has occurred to date, (since the creation of the Jewish State).  This global venture will attempt to create a Palestinian State and proclaim the pre-1967 borders as the basis point for further negotiations.  Israel fears that whatever comes out of this conference will then be taken to the United Nations on January 17 for yet another anti-Israel U.N. resolution.  It is feared that the Obama administration will once again abstain from the vote, allowing whatever proclamation to pass thereby creating some form of two-state solution which will handicap the incoming Trump administration from being able to do much about it in protection of Israel's interests and security.

Pray for the peace of Jerusalem: "May those who love you be secure. Psalm 122:6
The second event is of course the inauguration, (Januar…
Post a Comment
Reactions:
Read more
More posts